You are using an outdated browser. Please upgrade your browser to improve your experience.
by Aldrin Calimlim
November 29, 2013
The Friday you've waited all year for is finally here. Some moments ago, Apple took down its flagship online store in preparation for its Black Friday shopping event today. And as expected, the company's day-after-Thanksgiving deals have just gone live on its U.S. online store. But the question is: are these deals offered with gift cards as incentives or are they offered with outright discounts? The answer: the former. Yesterday, it was reported that Apple would be offering gift cards instead of discounts for its special sale today. This was corroborated by the Black Friday promotions on Apple's online stores in Australia and other countries. When Apple's online stores in the U.K. and other European countries got refreshed for the one-day shopping event, though, they were found to offer special discounts rather than gift card bonuses. But in the case of its U.S. online store, as well as its Canadian online store, Apple has chosen to go the other way and offer Apple Store gift cards instead as incentives. In both the U.S. and the Canadian online stores, the following qualifying Apple products and their corresponding Apple Store gift card rewards are included in Apple's Black Friday sale: Some non-Apple-made accessories are also included in the promotions. So, there you have it. Happy Apple Black Friday shopping! Make sure to check out our newly updated Best Black Friday Apps AppGuide as well to get the most of out of holiday deals from other retailers. 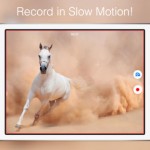 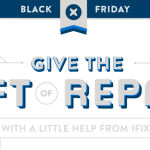