You are using an outdated browser. Please upgrade your browser to improve your experience.
by Joe White
November 4, 2013
It looks like No. 10 Downing Street encountered a security concern last week, caused by none other than Apple's iPad. In an article published by the Mail on Sunday (which reached us from Cult of Mac), the bizarre situation is outlined. The publication explains that during last week's Cabinet meeting, a handful of iPads had been left in No. 10, apparently "for a presentation by the man in charge of the Government Digital Service" (GDS), "Mike Bracken, and Cabinet Office Minister Francis Maude." However, Downing Street's security team were having none of it. The Mail on Sunday explains that the iPads soon became a security concern:

Their worry was that the devices could be hacked by a foreign power and used to listen in to Cabinet. So, Ministers were instructed not to touch them.

From here, No. 10's security team leaped into action. Midway through the GDS's talk, and amidst a round of applause offered by ministers at the prospect of the service saving the British economy some £2 billion per year, "security moved in to remove all the iPads from the room. They were taking no chances with Cabinet careless talk," the publication notes. Perhaps, however, Downing Street was merely disposing of its old iPads, in preparation for an upgrade to the iPad Air? Little more concerning the odd situation is known. This, and more, will be on the agenda for our forthcoming edition of AppAdvice International, so be sure to check back with us on Tuesday at 10 a.m. GMT. In the meantime, see: Totally Awesome Calca App Gets Redesigned For iOS 7, Updated With New Features, Review: Take Control Of Your Lifestyle With The Wearable Fitbit Flex, and Video: A Closer Look At The Design Differences Between Apple's iPad Air And iPad 4. 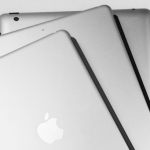 Video: A Closer Look At The Design Differences Between Apple's iPad Air And iPad 4
Nothing found :(
Try something else