True Skate is set to get four brand new skateparks starting next month, and already developer True Axis has provided us with a sneak peek at one of the new environments. Now, however, the developer has released images of True Skate’s second forthcoming skatepark, and it looks just as impressive as the first.

The latest skatepark being shown off promises to provide iDevice gamers with a schoolyard environment, and as you’d expect, there are benches, tables, and railings aplenty for users to jump over and grind along. This is definitely the “more street-style schoolyard park” the app’s developer mentioned earlier this month.

Like the first of True Skate’s new parks, this second environment is outdoor; True Axis notes that there’ll be at least one indoor skatepark made available within the application, too, and a number of further enhancements are expected to reach the game with its forthcoming updates.

True Skate is expected to receive the new skateparks starting next month, and each should be available to access for $0.99 as an in-app purchase. If you haven’t taken True Skate for a spin, now could be the perfect time to check the app out. As we explained in our original review:

This may be a casual game, but for skateboard fans it is so realistic it is almost as fun as the real thing. The best part is that you don’t leave the skate park with bruises and road rash.

Though of course, True Skate is set to get even better starting next month. You can download the application for $2.99, and it’s optimized for the iPhone, iPad, and iPod touch. 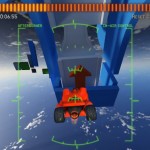 Kick Off The New Year With The Long-Awaited Sequel To Jet Car Stunts, Out Jan. 2 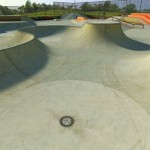 True Skate Is Set To Get 4 Brand New Parks Starting Early 2014
Nothing found :(
Try something else