Though most jailbreak tweaks in the Cydia Store are incompatible with our iPhone 5s, iPad Air, and second-generation iPad mini smartphones and tablets, jailbreakers should be pleased to learn that an update for biteSMS - the popular messaging application - is scheduled to be released in the coming days, according to its developer.

The news of course comes following the release of evasi0n7, the long-awaited jailbreak tool for iOS 7 (and A7-powered iDevices). Despite suffering privacy concerns, one further problem affecting jailbreakers is general incompatibility between most of the popular jailbreak tweaks in the Cydia Store and our newer iDevices (even if a handful do work). MobileSubstrate has yet to receive its much-needed update, and until then, jailbreakers aren’t going to be able to enjoy the iOS 7 jailbreak experience they’d been hoping for.

Now, however, we’re hearing from iDownloadBlog that one of the Cydia Store’s most popular pieces of jailbreak software, biteSMS, is set to receive an update in the coming days adding support for iOS 7, 64-bit optimization, performance enhancements, and bug fixes. The news surfaced in a post added to the biteSMS forums, which read:

We have overcome Mobile Substrate not being ready, but are having some issues with 64 bit compilation. After about 10 hours we have finally got biteSMS compiled. But there are some runtime issues, which are much harder to fix.

Best guess is a few days to get this sorted. Rest assured, it’s taken us all by surprise, but we have been working on biteSMS on iOS 7 for many months now, it’s not 100%, but I’d say it’s ready for beta, about 85% there.

For those unfamiliar with the jailbreak app, biteSMS aims to offer a direct replacement for Apple’s built-in Messages application. Besides providing a more immersive messaging experience for iOS, the jailbreak app also includes several impressive features which allow users to take iOS messaging to the next level.

These include scheduled messages, quick compose, and quick reply; features such as these encouraged us to cite biteSMS as one reason why iDevice users should preserve their iDevice’s jailbreak and turn a blind eye to iOS 7. Countless updates adding a “Quick Compose” widget, Text Heads, new Notification Center features, new theme options, and more have also appeared over the years, further enhancing the application. 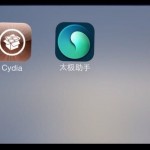 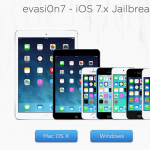 Goodbye TaiG: The Evasi0n7 Jailbreak Tool Has Been Updated
Nothing found :(
Try something else