You are using an outdated browser. Please upgrade your browser to improve your experience.
by Aldrin Calimlim
December 11, 2013
Infinity Blade III is set to launch into its first ever special event ClashMob. And this ClashMob happens to be based on Keanu Reeves' upcoming samurai fantasy action film, "47 Ronin." In Infinity Blade parlance, a ClashMob is a massively social global challenge that rewards players with special items. In the case of Infinity Blade III's "47 Ronin" ClashMob, the challenge has players teaming up to defeat the Samurai Brute in order to be rewarded with his sword. Infinity Blade developer Chair explains:

Kicking off Friday, December 13, and running through Tuesday, December 24, the 47 Ronin ClashMob invites gamers and moviegoers to join forces in an effort to defeat the imposing Samurai Brute before he appears in the film on December 25. If the Mob is successful, they’ll be rewarded with the Brute’s sword, which will be added to their in-game arsenal for future battles. This unique challenge is the only opportunity players will have to obtain this exclusive weapon! 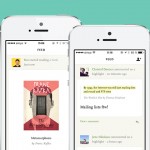 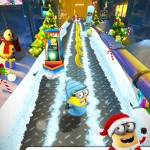 Be More Naughty Than Nice This Holiday Season By Playing Despicable Me: Minion Rush
Nothing found :(
Try something else