Confusing, expensive, and “a price hike for customers.” This is what subscribers are getting with AT&T's refreshed no-contract plans, according to none other than T-Mobile.

The self-proclaimed “un-carrier,” which popularized and made a success of no-contract smartphone plans earlier this year, has commented on the adjustments AT&T has made to its own no-contract offering. As a reminder, news of AT&T's refreshed plans reached us yesterday, when the chief marketing officer of AT&T Mobility, David Christopher, said:

With our new Mobile Share Value Plans, customers don’t have to compromise. Our new no contract option lets customers add a smartphone to the nation’s fastest and most reliable 4G LTE network at a lower monthly cost. Customers want great value and a premium network – and now they can save more and get unlimited talk, text and data to share.

As we explained at the time, AT&T claimed that the new plans could result in a saving of $15 per month. But T-Mobile has instead indeed pronounced the move to constitute “a price hike for customers.”

In an email sent over to CNET, T-Mobile argues that AT&T's new offering “misses the mark,” and the publication goes on to explain how this could be the case:

The plans, which involved a large and confusing series of changes to different elements of AT&T's offering, do offer savings to no-contract customers. But AT&T also made some changes to the terms for contract plans, including moving to a flat-rate $40 fee to add a smartphone to its plans and away from a variable rate that had many families paying as little as $30 per device.

The article adds, “So for some families with a contract plan, which gets the benefit of lower cost, subsidized phones, the changes would actually mean a hike in the total price,” and herein lies the focal point of T-Mobile's critique.

T-Mobile marketing executive Andrew Sherrard said: “After you do the complicated math, in multiple cases, these new plans are actually a price hike for customers.” He added that a family of four could save some $600 per year if signed-up to T-Mobile's own Simple Choice plan, instead.

AT&T's move to lower its off-contract pricing comes after criticism that the carrier never separated the off-contract plans with off-contract phones. Contract phone plans are more expensive because of the subsidy that carriers offer to lower the price of a phone. But if a customer declines the subsidy and pays for the full price of the phone, they should logically benefit from a lower price in the service plan, something both T-Mobile and Sprint offer.

Of course, this isn't the first time AT&T has been accused of a lack of transparency when it comes to its new mobile plans. Despite assuring customers back in July that its yearly upgrade plan AT&T Next offered “incredible value,” a Consumer Reports article went on to demonstrate how the service is almost $400 more expensive than T-Mobile's similar offering, T-Mobile Jump.

For more information on AT&T's refreshed plans, be sure to take a look at our original article. But as CNET concludes, “financially speaking, Sprint and T-Mobile both still offer a better deal.” 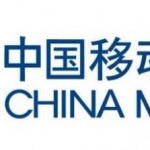 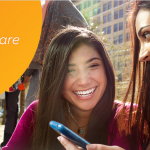 AT&T Is About To Lower Monthly Bills For Some Customers
Nothing found :(
Try something else