You are using an outdated browser. Please upgrade your browser to improve your experience.
by Aldrin Calimlim
December 12, 2013
Are you ready to enter The Room once more? If your answer is in the affirmative, then go to the App Store right now and download The Room Two, the much-awaited sequel to Apple's iPad Game of the Year and one of AppAdvice’s Top 10 Best Paid iPad Apps of 2012. Back in February, Fireproof Games announced that it would be releasing a new chapter for its acclaimed puzzle game and a standalone sequel to the same. The Guildford-based developer made good on the first half of its promise with the release of The Room's epilogue chapter late last August. And now, it's fulfilling the other half with the release of The Room Two. Like its predecessor, The Room Two is a 3-D puzzle game that has players unlocking secrets and solving mysteries. Specifically, the sequel has players following a trail of cryptic letters from an enigmatic scientist. The Room Two has the following key features: Stay locked onto AppAdvice for our full review of The Room Two later. In the meantime, you can already download The Room Two in the App Store for $4.99. It's compatible with iPad running iOS 5.0 or later. I expect the game's iPhone version, which is likely to be called The Room Two Pocket (following The Room Pocket), is already in the works for release in the next couple of months or so. [gallery link="file" order="DESC"] 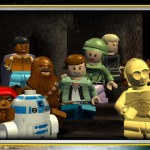 The Force Is Strong With This One ... Lego Star Wars: The Complete Saga Hits iOS 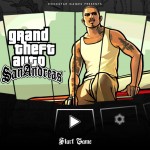 Round Up The Gang And Start Playing Grand Theft Auto: San Andreas On iOS Now
Nothing found :(
Try something else