Tesco Mobile, the carrier provided by British supermarket chain Tesco, is offering customers access to 4G LTE speeds for no extra cost from today. The change means Brits can pick up a 4G plan for their unlocked iPhone from as little as £7.50 ($12.36) per month, though increasing this particular plan’s 500 MB data limit of course sees a sizable hike in price.

Gizmodo UK explains that Tesco Mobile’s decision has resulted in a £2.50 ($4.12) per month surcharge being wiped off the cost of 4G LTE price plans, and though this might not sound like much, as usual any saving on offer from mobile carriers is always much appreciated (given the rarity of such occurrences).

Tesco Mobile actually isn’t the first British carrier to offer 4G LTE at no additional cost. Not long ago, 3 launched its 4G LTE cellular data network and allowed all 3G subscribers to access 4G speeds free of charge. This isn’t something any other carriers in Britain, which launched their 4G LTE networks ahead of 3, had previously done.

Free roaming from 3 is also on offer, and supported countries include the United States, Australia, and Hong Kong, among others. In fact, as a Brit presently hooked up to one of EE’s pricy 4G LTE plans, I’d go so far as to say that 3 actually offers mobile subscribers the best deal going. Though I’m shackled in for now, I’ll be considering a switch later this year.

It’s great to see Tesco Mobile join 3 in this plight to bring balance to Britain’s 4G LTE market. Tesco Mobile promises a reliable service (its network is powered by the bigger carrier O2), and for the record, that £7.50 price plan mentioned above comes with 250 minutes, 5,000 texts, and 500 MB of data.

For more information, head over to Tesco Mobile’s website.

See also: DotEmu To Launch Classic Arcade Sequel R-Type II For iOS In The Near Future, See Your Calendar At A Glance With Peek’s Clear-Like Gesture-Based Interface, and Facebook Announces Paper, A News Curation App Powered By Your News Feed. 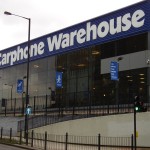 Take That, Apple: Over 60 EU Carphone Warehouse Stores To Sell Samsung Products Only

The Blame Game Has Begun After Weaker Than Expected iPhone Sales
Nothing found :(
Try something else