You are using an outdated browser. Please upgrade your browser to improve your experience.
by Joe White
December 4, 2013
Over in the United Kingdom, carrier 3 (“Three”) has finally launched its long anticipated 4G LTE network in three British cities, and at the same time has announced that its free roaming offering, “Feel at Home,” has expanded to cover the United States. First up, let's talk about 3's 4G LTE network. Out of Britain's “big five” carriers, 3 is somewhat late to the party when it comes to offering a super fast cellular service in the United Kingdom. Already, rival carriers Everything Everywhere (EE), Vodafone, T-Mobile, and O2 have launched their own offerings, but 3's 4G LTE network is something special. This is because subscribers connected to one of the carrier's 3G plans can access the new 4G LTE network at no extra cost, provided they have a compatible smartphone or tablet and live in a supported area. On average, 3's plans therefore work out to be around 50 percent cheaper than its rivals' offerings, as we explained in our original article back in August. Customers can also access the carrier's “All You Can Eat” data package, which allows subscribers to consume an “unlimited” amount of cellular data - downloaded at 4G LTE speeds - on a smartphone or tablet. (Though it's unlikely you'd need more, we should note that 3's unlimited call, text, and data plans are actually capped at 3,000 minutes, 5,000 texts, and 25GB of cellular data.) However, there's more good news from 3. In a press release published earlier today, the carrier also confirmed that it is abolishing roaming charges in the United States as part of its extended “Feel at Home” offering, which first launched in August with support for eight countries (the Republic of Ireland, Australia, Italy, Austria, Hong Kong, Sweden, Denmark, and the United Kingdom). Dave Dyson, chief executive of 3, said:

We want customers to get the most out of their devices at home or abroad. High roaming charges stop people enjoying their phones while they're away and Feel at Home is the antidote to that. Adding the USA to the mix is great news for our customers and shows our commitment to giving them the best experience in what is a popular destination. We plan to add more countries to the mix soon.

Besides the United States, Feel at Home support has also been extended to include Indonesia, Sri Lanka, and Macau. This means that subscribers can now enjoy zero roaming charges between a total of 11 different international territories. Of course, this is great news for customers, and as such 3 is beginning to stand out as an impressive network over in Britain. Though both the British government and the European Commission (EC) are pushing for carriers in Europe to abolish roaming charges in the coming years, 3's decision to do so ahead of this deadline - while also expanding its support to countries outside of Europe - has been celebrated by industry analysts, and rightly so. Here's hoping 3's Feel at Home initiative expands to cover even more countries in the near future. We'll keep you updated with further information as we receive it. As a reminder, you can keep up to date with important international goings-on by checking our weekly AppAdvice International column, which is published every Tuesday at 10 a.m. GMT. See also: Find The Numbers And Solve Math Problems To Reveal Hidden Images In Numerity, AppAdvice's Ultimate iOS Accessory Gift Guide For Kids, and Watch Lines Come Alive To Collect The Dots In Blek. 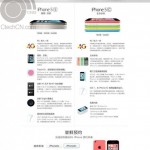 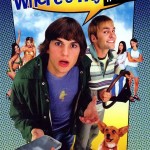 British Carriers Decide On A Limit For Lost Or Stolen Phone Fees
Nothing found :(
Try something else