The Mac Pro is available to purchase once again in Europe, following a ban on the previous model that was due to the computer’s lack of compliance with European law. Orders for the new Mac Pro in Europe are expected to reach customers as early as tomorrow, Jan. 14, according to a recent report.

MacGeneration explains that the previous-generation Mac Pro featured a fan system and electrical ports which caused the computer to be banned over on the other side of the pond. More specifically, the old Mac Pro’s exposed fans were a cause for concern, and as such the previous-generation computer hasn’t been available to purchase in Europe since March 2013.

The new Mac Pro, however, is once again compliant with European regulations, and as the publication explains, the computer is now in the process of reaching customers. Though orders for the computer are arriving in Europe as early as Jan. 14, new orders placed for the Mac Pro are rather shipping in February.

Apple launched orders for the new Mac Pro in the Apple Online Store on Dec. 19, and the product started reaching its first wave of customers on Dec. 30. Following this, an iFixit investigation praised the computer’s upgradability, and reviews from the press offered equally positive remarks concerning the powerful computer. Though if you’d been hoping to purchase a Mac Pro from an Apple Retail Store, the latest reports have claimed that we won’t see the computer appear in-store until March.

Two preconfigured Mac Pros are available from Apple: one for $2,999, and the another for $3,999. However, a fully-loaded Mac Pro will set customers back just under $10,000, and adding a 4K display to this will push the price even higher.

The new computer carries an “Assembled in the USA” label, too.

For more information on Apple’s Mac Pro, head over to the Apple Online Store. 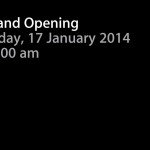 The 15 Apple Events That Helped Change The World
Nothing found :(
Try something else