You are using an outdated browser. Please upgrade your browser to improve your experience.
by Joe White
January 17, 2014
Today, after years of negotiations, Apple and China Mobile launched the iPhone on the largest network operating in the world’s biggest smartphone market. Customers attending the launch in Beijing had the opportunity of seeing Apple chief executive officer Tim Cook, who signed some of the first smartphones to be sold and was even asked about the potential of a larger-sized next-generation iPhone. Bloomberg explains that Cook autographed the first 10 iPhone 5s and iPhone 5c handsets sold in the Beijing store he visited, and adds that China Mobile chairman Xi Guohua was also present (pictured above). Concerning the launch, Cook reportedly said:

Today is just the beginning of China Mobile and Apple coming together to deliver the best experience in the world.

He was then asked about the prospect of a larger iPhone handset launching from Apple later this year - a possibility that the Chinese smartphone market, in particular, is said to be incredibly interested in. Unsurprisingly, Cook dodged the question: “We never talk about future things. We have great things we are working on but we want to keep them secret. That way you will be so much happier when you see it,” he answered. Larger iPhones are indeed said to be in the pipeline for 2014, with 5.5- and 4.7-inch models rumored. Market research indicates that customers in both the United States and overseas are hoping for Apple to launch a bigger smartphone this year, too, yet we’ll know nothing for sure until the new handsets are unveiled (presumably in September). Rumors aside, this Apple-China Mobile deal has the potential to generate huge profit for the Cupertino, Calif. company. Foxconn was previously said to have shipped 1.4 million preordered iPhone 5s handsets to China Mobile, and with a subscriber base of over 760 million, the carrier is expected to account for a huge number of sales in 2014. We’ll keep you updated with more information on China Mobile iPhone sales as we receive it.

Having fun in Beijing at the iPhone launch with China Mobile! pic.twitter.com/AqoqLbbeO7 — Tim Cook (@tim_cook) January 17, 2014 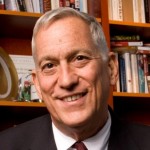 Op-Ed: Who Made Walter Isaacson God? 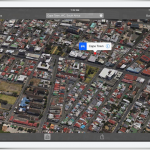