How many times have you called on Siri only to hear that the service isn’t available? One new jailbreak tweak called Assistant Unrestrictor aims to help solve this annoying problem.

Though Apple has definitely improved Siri in iOS 7, expanding on the words and terms the service can recognize and enhancing its support for international accents, there’s still one big flaw. From time to time, Siri decides not to take questions (“I’m really sorry about this, but I can’t take any requests right now”) and this locks down the voice recognition service entirely.

One new jailbreak tweak called Assistant Unrestrictor solves this problem (partly, at least) by having Siri route over to Voice Control when the service is unavailable.

This means that while Internet-based commands and queries can’t be acted upon, one’s iDevice can still perform basic Voice Control tasks - like “make a call” or “play a song” - meaning users aren’t necessarily going to be left high and dry as a result of Siri’s temperamental unavailability.

It also means iDevice users can call on a voice recognition service even when they have no cellular coverage, which is handy.

Assistant Unrestrictor works really well under iOS 7 and with 64-bit iDevices (such as the iPhone 5s). You can download the jailbreak tweak free of charge in the Cydia Store, and it’s hosted in the BigBoss repository.

Over the course of the last week or so, a number of impressive jailbreak tweaks and updates have reached the Cydia Store as a result of the evasi0n7 software release (and Cydia Substrate’s subsequent update for ARM64 iDevices). These have included BatterySafe, Infiniboard, Infinidock, and Infinifolders, Virtual Home (a particular favorite of mine), Swipey, and Barrel.

Assistant Unrestrictor is another great addition to this selection. Check out the new jailbreak tweak now, or for more of our recent news, see: AT&T Is Offering T-Mobile Customers Up To $450 Per Line To Switch, Calling All Foodies: New iOS-Compatible iGrill Accessories Are On This Year’s Menu, and The App Store Begins Prepping For The 2014 Winter Olympic Games In Sochi, Russia. 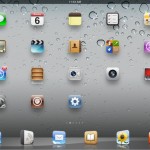 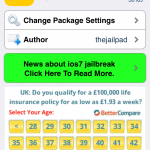 Cydia Tweak: BatterySafe Gets iOS 7 To Switch Off Power-Hungry Features
Nothing found :(
Try something else