You are using an outdated browser. Please upgrade your browser to improve your experience.
by Joe White
January 19, 2014

Apple might have taken its iconic unlock “click” away in iOS 7, but one new jailbreak tweak promises to bring the sound effect back to iDevices running the latest iteration of the iOS.

Called UnlockSound7, the package can be downloaded free of charge in the Cydia Store. Once installed, a new preferences pane is added to the built-in Settings app, and here, users have the option of either enabling or disabling an unlock sound on their iPhone or iPad.

You can also configure the unlock sound’s volume level, and jailbreakers can add custom lock sounds to UnlockSound7 by placing a file named “unlock.caf” in their iDevice’s /var/mobile directory.

Is the unlock sound in opposition with the design changes made in iOS 7? If you don’t think so and want to bring the sound effect back, UnlockSound7 can be downloaded free of charge in the Cydia Store.

For some of our favorite recent additions to the Cydia Store, be sure to check our articles on BioLaunch, Apptray, and SwipeSelection Pro.

Plus, if you’ve yet to take the jailbreak plunge, we have a dedicated video tutorial that explains how to jailbreak an iOS 7-powered iDevice using the evad3rs’ evasi0n7. 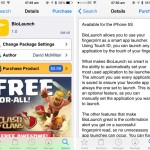 Cydia Tweak: BioLaunch Is A Touch ID App Launcher With A Difference 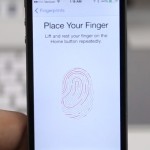