You are using an outdated browser. Please upgrade your browser to improve your experience.
by Joe White
January 26, 2014

One of the most useful jailbreak tweaks to have reached the Cydia Store in recent months has received its first major update. Controllers for All, which allows jailbreakers to turn a PS3 DualShock 3 controller into an MFi (Made for iPhone) iOS 7 gamepad, is the package we’re talking about. Thanks to its most recent update, the jailbreak tweak has added support for Sony’s PS4 DualShock 4 controller, in a move which PlayStation 4 owners will surely appreciate.

Controllers for All is a significant jailbreak tweak for a couple of reasons. For one, it allows DualShock owners to enjoy an MFi iOS gamepad experience for just $1.99 (which is the cost of the package). Most iOS-compatible controllers available carry a price tag of between $79.99 and $99.99, and as such Controllers for All provides iDevice users with a far more affordable option.

For another, though, most of the iOS-compatible controllers we’ve seen don’t offer owners a decent enough gaming experience. Logitech’s PowerShell, for example, had its share of good points when we reviewed it, but overall the poor build quality of its buttons, combined with its lack of a joystick, meant it was a product we couldn’t recommend. With Controllers for All, users are able to connect a quality game controller to their iPhone, iPad, or iPod touch, and this makes the jailbreak tweak a must-have for owners of Sony’s PS3 DualShock 3 gamepad.

As of its most recent update, however, Controllers for All is getting better. Back when the package was first released, developer Ori Kadosh promised support for additional hardware, and now less than one week later the developer is delivering on this promise. The updated jailbreak tweak supports both the PS3 DualShock 3 controller and the PS4 DualShock 4 gamepad.

Kadosh has suggested that support for even more controller models will be added in the future, and now that both PlayStation controllers are supported by Controllers for All we’re hoping the jailbreak tweak’s next update will focus on Microsoft’s Xbox gamepads. We’ll keep you posted with further information as we receive it.

In the meantime, Controllers for All can be downloaded in the Cydia Store for $1.99, and it’s a jailbreak tweak we highly recommend.

See also: Cydia Tweak: Springtomize 3 For iOS 7 Is Available To Download Now, Tired Of Plants Vs. Zombies? Get Tougher And Rougher With Trolls Vs. Vikings, and GetGlue To Be Rebranded As tvtag Following Acquisition By TV Discovery Startup i.TV. 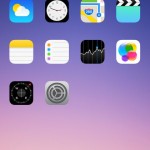 Cydia Tweak: Springtomize 3 For iOS 7 Is Available To Download Now 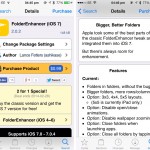 Cydia Tweak: Give Your iOS 7 App Folders A Boost With FolderEnhancer
Nothing found :(
Try something else