You are using an outdated browser. Please upgrade your browser to improve your experience.
by Aldrin Calimlim
January 15, 2014
The second episode of The Wolf Among Us, the adventure game adaptation of the award-winning “Fables” comic book series, is set to come out early next month. That's according to none other than the acclaimed developer of the game, Telltale Games. In a post on the studio's official forum, Telltale cofounder Kevin Bruner has announced that Episode 2 has been scheduled for release in the first week of February. Bruner notes that Telltale has been coordinating with Apple, Xbox, PlayStation, and Steam for the episode's launch across The Wolf Among Us' supported platforms. He also addresses the delay in releasing the episode:

We are very concerned about the long delay for this episode, but this is one of those occasions where several things conspired against us (not to mention the additional delays due to the holidays). I won't dive into the details, but it’s been an unusual and specific set of circumstances and we do not anticipate it happening again as we go forward with the rest of the season.

If you can't see the video embedded above, please click here. The Wolf Among Us was released last month by Telltale as a follow-up to its highly successful Walking Dead: The Game. Compatible with iPhone, iPod touch, and iPad running iOS 6.0 or later, The Wolf Among Us is available in the App Store for $4.99. The initial download already includes the game's first episode, titled "Faith." Episodes 2 to 5 — titled "Smoke and Mirrors," "A Crooked Mile," "In Sheep's Clothing," and "Cry Wolf" — are planned for periodic release until summer of this year. Each new episode will be available via a $4.99 in-app purchase. But all of the aforementioned upcoming episodes may be purchased as a bundle for the 25-percent-off price of $14.99. Shortly after releasing The Wolf Among Us last month, Telltale announced that it would be releasing a game based on HBO’s “Game of Thrones” TV series later this year. 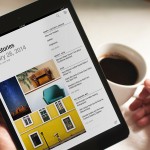 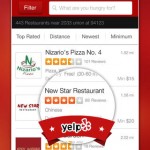 Eat24 Food Delivery And Takeout App Updated With iOS 7 Redesign And More Features
Nothing found :(
Try something else