You are using an outdated browser. Please upgrade your browser to improve your experience.
by Aldrin Calimlim
January 12, 2014
The evasi0n untethered iOS 7 jailbreak solution, aka evasi0n7, has been updated to version 1.0.3, three weeks after it was released by the evad3rs hacker team. The evasi0n7 jailbreak was updated to version 1.0.1 just a couple of days after its release in response to the controversy concerning its installation of the piracy-ridden TaiG app store on devices set to Chinese language. Then, a couple of weeks ago, it was updated to version 1.0.2 to address the reboot loop issue on the Wi-Fi iPad 2. Now, as noted by iDownloadBlog, evasion7 1.0.3 is out with a fix for a similar reboot loop issue on another type of device. Specifically, it now double-checks HFS modifications to resolve the reboot loop issue on the cellular iPad mini with Retina display. In addition, evasi0n7 1.0.3 includes a new Cydia bundle and adds support for iOS 7.1 beta 3, which was found to break evasi0n7 soon after its developer release a few days ago. So, if you're experiencing issues with your cellular Retina iPad mini, or if you're interested in updating to iOS 7.1 beta 3 on your jailbroken device, evasi0n7 1.0.3 is for you. You can download evasion7 1.0.3 from the evasi0n website. You can also find our jailbreak tutorial here and a list of compatible tweaks here. 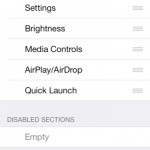 These 3 New Jailbreak Tweaks Can Improve Your iDevice's Control Center 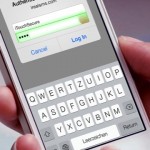