You are using an outdated browser. Please upgrade your browser to improve your experience.
by Joe White
January 1, 2014

The recently released p0sixspwn for iOS 6.1.3, iOS 6.1.4, and iOS 6.1.5 has just received a crucial update fixing iMessage and 4G LTE for iDevices jailbroken using the software. Plus, support for the second-generation Apple TV has also been added in this release, though p0sixspwn itself can’t be used to jailbreak the set-top box per se.

Instead, because the jailbreak hasn’t been bundled in p0sixspwn yet, users will need to hook up to seas0npass or sn0wbreeze in order to jailbreak their second-generation Apple TV, @nitroTV explained in a recent Twitter update. There’s no word concerning support for the third-generation set-top box, however.

More useful, though, are the fixes available for jailbroken iDevices running iOS 6. Because the updated p0sixspwn (1.3–2) will fix both iMessage and 4G LTE for users who have jailbroken their iPhone, iPad, or iPod touch using the software.

The news surfaced online in a pair of Twitter updates from p0sixninja’s co-creator, @iH8sn0w:

p0sixspwn untether was updated to 1.3-2 in Cydia (Fixes LTE/iMessage bugs). Go to changes and tap Refresh to grab it.

It also adds AppleTV2 support for the lovely @nitoTV :P

The hacker, along with @winocm and @SquiffyPwn, first released p0sixninja a couple of days ago, providing iDevice users running iOS 6.1.3, iOS 6.1.4, and iOS 6.1.5 with a long anticipated untethered jailbreak solution. You can download p0sixspwn online free of charge, and below we’ve included our own dedicated video walkthrough which explains how the jailbreak process occurs with the new software.

If you jailbroke using p0sixspwn, be sure to go to “Changes” in the Cydia app and touch “Refresh” in order to update your jailbreak. 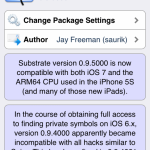 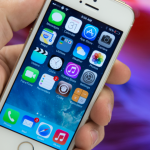 Four Jailbreak Tweaks That Are Compatible With Apple's 64-Bit iDevices
Nothing found :(
Try something else