Not to be left out of the fun, iDevice users running either iOS 6.1.3 or iOS 6.1.4 (the last stable releases of Apple’s iOS 6) can now jailbreak their iPhone, iPad, or iPod touch using a new jailbreak solution called “p0sixspwn.”

You can download p0sixspwn for iDevices running iOS 6.1.3 and iOS 6.1.4 by visiting the jailbreak solution’s dedicated website, p0sixspwn.com. The app has already been updated to version 1.0.1 to resolve a problem concerning the fifth-generation iPod touch, and it’s available for both OS X and Windows.

Here's our video tutorial to help walk you through the jailbreak process:

If you’re looking to jailbreak iOS 7, the evad3rs released their highly anticipated evasi0n7 jailbreak tool earlier this month. Though a large number of jailbreak tweaks aren’t compatible with iOS 7, a growing number have been optimized for the mobile OS. As of this writing, however, we’re still waiting for a MobileSubstrate update to bring support for Apple’s A7-powered iDevices. 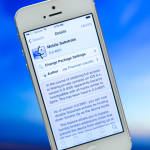 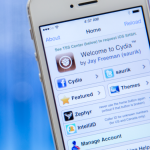 Five Jailbreak Tweaks That Will Help You Get The Most Out Of iOS 7
Nothing found :(
Try something else