Basis Science, the company behind the Basis Health Tracker Watch – a fitness tracker compatible with both iOS and Android devices – is in acquisition talks with Apple, Google, and perhaps even Samsung and Microsoft, too, according to a recent report.

The news comes from TechCrunch, which explains that “the company has been shopping itself around over the past few weeks and has spoken to Google, Apple, and possibly Samsung and Microsoft about a potential sale.” Prices for Basis Science are said to be in the “sub-hundred million” category, yet the technology utilized in the company’s Basis Health Tracker Watch is particularly important due to its high levels of accuracy.

Of all the fitness trackers available currently, Basis is said to be the most accurate in its data collection and reporting, but the most clunky with regards to design. A generous parent company could give it the chance to experiment with a more-streamlined, Jawbone or Fitbit-esque product without it having to go through the pains of raising another round of capital to support R&D.

The report doesn’t indicate whether Apple is more interested than others to acquire Basis Science, but given the long-standing rumors surrounding an upcoming iWatch, it wouldn’t be surprising for Apple to go ahead with an acquisition.

Basic Health features a pedometer and sleep tracker, along with more advanced, less common features such as monitors for heart rate, perspiration, and skin temperature. Recent analysis has indicated that certain health-related features should make an appearance in Apple’s iWatch, and leaked information on an iOS 8 Healthbook app appears to corroborate with these reports.

Apple has hired a number of medical scientists recently, and the company is apparently aiming to launch its smart watch-style product in late 2014. We’ll keep you updated with further information as we receive it. 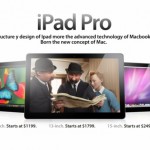