You are using an outdated browser. Please upgrade your browser to improve your experience.
by Aldrin Calimlim
February 4, 2014
Earlier today, in lieu of a Super Bowl ad, Apple debuted a short movie titled "1.24.14," which was filmed on the 30th anniversary of the Mac, Jan. 24, 2014, using iPhones. Now, the Mac and iPhone maker has posted a new video showing what went on behind the scenes of the movie. Take a look: If you can't see the video embedded above, please click here. Directed from the U.S. by Jake Scott (son of Ridley Scott, the director of the iconic "1984" Super Bowl ad that launched the Mac), "1.24.14" was put together by 15 camera crews across 10 countries "to capture the amazing things people are doing with the power of Apple technology." As pointed out in the behind-the-scenes video, the movie was shot in the whole of Jan. 24 for 36 hours, starting in Melbourne, Australia, and finishing on the west coast of the U.S. Each crew had one or several iPhone 5s units and communicated with Scott, appropriately enough, via FaceTime. The film footage was then edited using Mac. The process is detailed further in a dedicated webpage on Apple's website:

From sunrise in Melbourne to nightfall in Los Angeles, they documented people doing amazing things with Apple products. They shot over 70 hours of footage — all with the iPhone 5s. Then it was edited and scored with an original soundtrack. Thanks to the power of the Mac and the innovations it has inspired, an effort that normally takes months was accomplished in a matter of days.

The finished product, "1.24.14," is embedded below for your viewing pleasure: If you can't see the video embedded above, please click here. 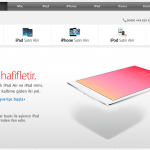 WWE Network Will Arrive On The Apple TV Later This Month
Nothing found :(
Try something else