More than a few jailbreak tweaks might protect our iOS apps using Touch ID, but one recent addition to the Cydia Store allows owners of any iOS device to secure an application using a simple four-digit passcode. It’s called iAppLock, and best of all, the jailbreak tweak can be downloaded free of charge.

Once downloaded and installed, the free package adds a new iOS app to the Home screen, and in here users can configure how iAppLock works. There are three panes in the application: Protect, Settings, and More.

In the first pane, Protect, users can add and remove iOS applications protected by iAppLock. You’ll also be prompted to provide a four-digit passcode, too, and an authentication email address in case you happen to forget this passcode. All of your installed iOS apps will be available to choose from, and selecting apps to protect is as simple as tapping to place a green tick alongside each one.

After you’ve done this, attempting to open a locked app will route users over to the iAppLock screen, and they’ll have to input their passcode correctly in order for the application to launch. Three incorrect attempts sees the jailbreak app seek email authentication.

In the Settings pane, users can configure basic and more advanced options. You can set up a delay period, meaning iAppLock won’t re-ask for a passcode within a preconfigured time period, and vibration feedback can also be enabled or disabled.

Finally, a “Pro” version of iAppLock is advertised as being in the works, but for now, no further information concerning this is available.

If you have an iPhone 5s, a handful of jailbreak tweaks – including BioProtect and BioLockdown – allow users of the newer handset to protect apps using Touch ID. This is a nice solution, since it’s quicker and feels more intuitive than unlocking iOS apps using a four-digit passcode.

However, if you haven’t upgraded to the iPhone 5s, iAppLock offers the next best solution. As mentioned, you can download the jailbreak tweak free of charge in the Cydia Store, and it’s optimized for both iOS 7 and ARM64-devices.

See also: Today’s Best Apps: Qwirkle And iPhy For iOS, Quirky App Of The Day: Escape From The Island While Stranded Without A Phone, and Keep Track Of Anything About Yourself Using Reporter. 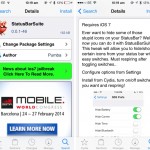 Cydia Tweak: Customize The Appearance Of The iOS Status Bar With StatusBarSuite 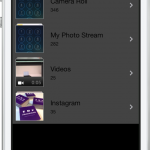 Cydia Tweak: Give The Photos App A New Look With DarkPhotos
Nothing found :(
Try something else