IntelliScreenX, one of the Cydia Store's most-loved jailbreak tweaks, is going to launch for Apple's iOS 7 next week, according to its developer.

The release means jailbreakers running an iOS 7-powered device will be able to add a revamped, fully-featured Lock screen to their handset, making it much easier to perform repetitive tasks – such as checking on social networks, RSS feeds, email, and more – without unlocking their iOS device.

First released in 2011, IntelliScreenX should reach iOS 7 in a public beta from next week. Intelliborn (@intelliborn), the package's developer, announced the news in a recent Twitter update:

The wait was worth it. IntelliScreenX 7 Beta out next week. Please RT

We're not sure what Intelliborn has in store for IntelliScreenX 7 (beyond the obvious iOS 7 and 64-bit compatibility), but we're looking forward to finding out! Once it launches, the package should be available from Intelliborn's own repository (which used to be http://www.intelliborn.com/isxbeta). We'll confirm this, however, once the package finally reaches the Cydia Store.

In the meantime, for a handful of other Lock screen-enhancing jailbreak tweaks, check our recent coverage of iOS 7 LockScreen Weather, SubtleLock, and our dedicated article, “Jailbreak Euphoria: Tweaks To Build The Perfect Lock Screen.” 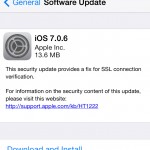 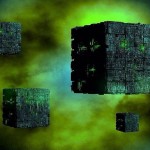 Resistance Is Futile: Successful iOS Hacker To Join Apple Later This Year
Nothing found :(
Try something else