If a new report has it right, Apple’s upcoming iPhone handsets are going to be coated in sapphire and should be bigger than the current generation models.

Citing information provided by “industry insiders,” the South China Morning Post claims in a recent article that the iPhone 6 is set to be available in two sizes – 4.7-inches and 5.5-inches – if prototypes for the smartphone are anything to go by. The hike in display size will see the iPhone’s pixels per inch increase from the present 326 to 441, which is the same as Samsung’s Galaxy S4 handset. “People want bigger screens now,” one source said, and Apple is expected to cater towards this demographic with its next-generation iPhone.

For those looking to pick up a smaller-sized handset, the report claims that Apple will keep the iPhone 5s around, but the iPhone 5c – its less expensive offering – will be taken off the market, as my colleague Bryan previously predicted. The Touch ID-enabled iPhone 5s will reportedly be manufactured from less expensive metals in order to help Apple lower the handset’s price.

Besides increasing the size of its iPhone 6, the South China Morning Post’s sources also argue that the new handsets are going to feature a sapphire-coated display, as originally expected. Apple has invested heavily in sapphire glass production, and although one recent report argued that the sapphire produced would be used for an Apple-made smart watch only, the publication’s industry insiders claim that this isn’t the case.

Instead, the entire iPhone 6 display will be coated in the ultra-durable sapphire, according to the South China Morning Post. The report adds:

The arrival of sapphire means a dramatic increase in the cost of making an iPhone, as sapphire is far more expensive than the present Gorilla Glass, but it remains unknown whether the price of a single iPhone will go up.

We wouldn’t expect Apple to increase the price of its iPhone with the iPhone 6, but we’ll know nothing for sure until the Cupertino, Calif. company announces the handset later this year. 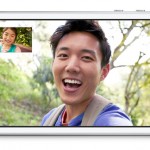 Apple Might Not Release An iPhone With A Sapphire Display This Year After All
Nothing found :(
Try something else