Flappy Bird might have indeed left the App Store, but a port of the smash-hit iOS application has surfaced online in the recently launched Pebble Appstore, bringing the beloved bird to the wrists of Pebble owners everywhere.

The free, unofficial port can be downloaded in the Pebble Appstore (using the Pebble iOS app) under the name “Tiny Bird.” Once you’ve got the watchapp installed on your wristwatch, users can embark upon a game of Tiny Bird using Pebble’s “up” navigation button to keep the bird flapping.

As in the iOS game, barriers appear en route and you’ll have to carefully navigate through them; a counter will keep your score, and Tiny Bird can also remember your best achievement, too.

It’s a surprisingly faithful port of Flappy Bird, and as a Pebble user who hasn’t really spent time playing smart watch games before, I’m impressed. The only danger, actually, is that Tiny Bird is too good: if you found yourself unlocking your iPhone countless times a day to play a round or two of Flappy Bird, the temptation is all the more powerful when the game is right there on your wrist. Perhaps installing Tiny Bird on your Pebble wouldn’t be such a good idea, after all …

The drama that was Flappy Bird’s removal from the App Store reached its climax yesterday, when the app disappeared, as promised. Today, however, we’ve already heard that a handful of iOS apps have ascended through App Store rankings in the wake of Flappy Bird’s demise, and that iPhones with the original application installed have been fetching bids of up to $90,900 on eBay.

Are you planning on installing the Flappy Bird port on your Pebble watch?

See also: Ladies and Gentlemen …The Beatles Are On Apple TV, Shelf Control: Get ‘Franklin’s Valentines’ For Free Through The Apple Store App, and Tonido Now Offers Automatic Camera Upload To Your Very Own Private Cloud. 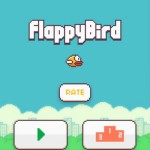 Still Got Flappy Bird Installed? Then Your iPhone Could Be Worth A Lot 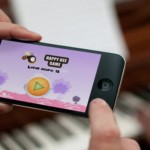 It's A Great Time To Be A Flappy Bird Copycat App
Nothing found :(
Try something else