If you're a fan of iOS-automating apps and services, like IFTTT and Launch Center Pro, consider downloading App Activate Pro. This new jailbreak tweak allows users to automate their iOS device using gestures: once installed, a double-tap, triple-tap, or long press on an iOS icon can be configured to initiate a particular action, making performing repetitive tasks on your iPhone that little bit easier.

You can assign App Activate Pro gestures over in Ryan Petrich's (@rpetrich) free Activator application (which powers App Activate Pro), and the possibilities for what can be achieved using the two packages are fairly limitless. Say, for example, you often call your partner or spouse at this or that time each day; with App Activate Pro, you can have your iPhone auto-dial a preassigned contact following a double-tap of the Phone app icon.

The same can be configured for the Mail app (to start composing a new email) or for the Maps app (to begin navigation to your home address). In fact, there are lots of ways jailbreakers could use App Activate Pro to make their iOS-powered personal and professional lives more efficient.

In total, three new menus are added to the Activator app, and from here iOS device users can configure App Activate Pro to work with their favorite and most-used applications. The three options, as you'd expect, are for a double-tap of an app icon, a triple-tap, or a long press. Each contains 107 “events,” which jailbreakers can use to configure the perfect automated solution.

Finally, the jailbreak package can be outright enabled or disabled from within the app, and users can also add or remove “Configured Apps,” too.

We first heard about App Activate last year, and as of its most recent "pro" offering the jailbreak tweak is fully optimized for iOS 7 and ARM64-iDevices. Bug fixes and performance improvements mean the package is also noticeably more reliable than before, too.

You can pick up App Activate Pro for $0.99, and the jailbreak tweak requires the free (and useful) Activator application from Ryan Petrich. Activator itself lets you assign actions to gestures, and it adds a new icon to your iOS Home screen.

For those interested in iOS automation, we'd recommend you take a look at our recent article on Launch Center Pro 2.2. 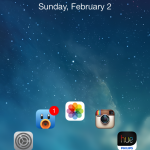 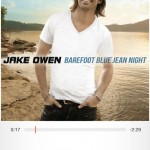 This Jailbreak Tweak Replaces iOS 7's Music Controls With Gestures
Nothing found :(
Try something else