You are using an outdated browser. Please upgrade your browser to improve your experience.
by Joe White
February 24, 2014

Over at the Mobile World Congress in Barcelona, the folks at Mad Catz have unveiled their upcoming C.T.R.L.i MFi (Made for iPhone) gamepad, which allows iOS 7-powered device users to connect an iPhone, iPad, or iPod touch for wireless controller-based gaming.

Engadget got to go hands-on with a prototype of the product in Barcelona, and explains that the C.T.R.L.i is similar to both Mad Catz's M.O.J.O. Android controller and its MGL Pro Circuit controller for the Xbox 360, but with a couple of essential differences.

Mad Catz has introduced a spring-loaded mount to cater for Apple's current iPhone range and any larger devices it may or may not decide to launch in the near future (cough, 5-inch iPhone, cough). The clip is fixed with a tiny screw, allowing iPad gamers to play wirelessly without fear of a giant clip obstructing their view. In the past, iOS 7 controllers have been called out for their high price and low build quality, but in our short time with the C.T.R.L.i prototype, we were impressed with how stable the controller remained while we played, and our iPhone looked to be in no danger of falling out.

In fact, the controller appears to be along similar lines to SteelSeries' Stratus gamepad, which also uses Bluetooth to connect to a range of iOS devices. Unlike Stratus, however, C.T.R.L.i looks to be a bigger product of similar size to actual console controllers; this could give it the edge over SteelSeries' own gamepad once Mad Catz's product launches later this year.

The new C.T.R.L.i is expected to become available in April for $80, and as such it's cheaper than both Logitech's PowerShell and MOGA's Ace Power (neither of which we'd be inclined to recommend).

But is $80 a low enough price to encourage most iOS device gamers to pick up an iOS gamepad? We're not so sure.

See also: Yahoo News Digest Updated With New Information 'Atoms' And Other Improvements, Quirky App Of The Day: Have Some Explosive Fun With Meme Smasher, and Today's Best App: Cookspiration. 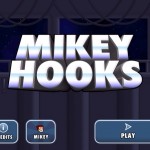 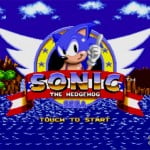