You are using an outdated browser. Please upgrade your browser to improve your experience.
by Aldrin Calimlim
February 27, 2014
Earlier this month, Telltale Games announced that the second episode of Walking Dead: The Game - Season 2 was "just around the corner." Now, the acclaimed developer has stated that the game's much-awaited next chapter is "coming soon." And it has done so in the newly released full trailer for the upcoming episode, titled "A House Divided." Check out the cinematic trailer below: If you can't see the video embedded above, please click here. Released last December, Walking Dead: The Game - Season 2 is the sequel to Walking Dead: The Game, which debuted in July 2012. Both titles are adventure game adaptations of Robert Kirkman's "The Walking Dead" comic book series. Continuing the story that began with the original game, Walking Dead: The Game - Season 2 has you playing as Clementine, a young girl orphaned by the zombie apocalypse. And like its predecessor, the game has you making decisions that have repercussions for the rest of the story. Compatible with iPhone, iPod touch, and iPad running iOS 6.0 or later, Walking Dead: The Game - Season 2 is available in the App Store for $4.99. The initial download already includes the first episode, titled "All That Remains." Episodes 2 to 5 — “A House Divided,” “In Harm's Way,” “Amid the Ruins,” and “No Going Back” — are going to be available via in-app purchase for $4.99 each. Alternatively, all of the additional episodes may be purchased as a bundle for the 25-percent-off price of $14.99. Walking Dead: The Game - Season 2's episode 2, "A House Divided," is set to be released early this March. Three weeks ago, Telltale released the second episode of The Wolf Among Us, its adventure game adaptation of the award-winning “Fables” comic book series. [gallery link="file" order="DESC"] 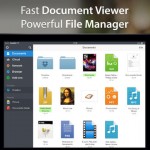 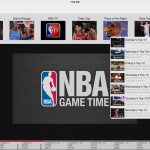 NBA Game Time Apps For iOS Updated With Classic Games And Historical Videos
Nothing found :(
Try something else