You are using an outdated browser. Please upgrade your browser to improve your experience.
by Aldrin Calimlim
February 7, 2014
Telltale has just unleashed the second episode of The Wolf Among Us, its adventure game adaptation of the award-winning "Fables" comic book series. Last month, Telltale announced that the episode, following a number of delays, would be released in the first week of February. And as expected, with just a couple of days before Telltale's set time window closes, the episode has been made available. The episode, titled "Smoke and Mirrors," may be unlocked in The Wolf Among Us via a $4.99 in-app purchase. In the new episode, Bigby the Big Bad Wolf finds himself getting into bigger trouble as he encounters more violent shenanigans involving other characters from fairy tales and folklore. Check out the episode's "red band" trailer, which Telltale released just last week, below: If you can't see the video embedded above, please click here. Compatible with iPhone, iPod touch, and iPad running iOS 6.0 or later, The Wolf Among Us is available in the App Store for $4.99. The initial download already includes the game’s first episode, titled “Faith.” Episodes 2 to 5 — “Smoke and Mirrors,” “A Crooked Mile,” “In Sheep’s Clothing,” and “Cry Wolf” — are available via in-app purchase for $4.99. Alternatively, all of the additional episodes may be purchased as a bundle for the 25-percent-off price of $14.99. The Wolf Among Us was launched by Telltale in early December. A couple of weeks after releasing The Wolf Among Us, Telltale came out with Walking Dead: The Game - Season 2, whose next episode has recently been teased as being "just around the corner." [gallery link="file" order="DESC"] 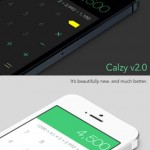 It All Adds Up: Calzy 2.0 Brings iOS 7 Redesign, Calculation Bookmarking And More 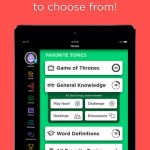