You are using an outdated browser. Please upgrade your browser to improve your experience.
by Joe White
February 1, 2014

Folks looking to legally download torrent files on-the-go can pick up iTransmission 4, a recent addition to the Cydia Store which replicates the functionality of the popular desktop BitTorrent client on Apple’s iOS. As of its most recent update, iTransmission has received a revamped user interface (UI), along with support for iOS 7 and ARM64-iDevices. You can pick it up free of charge in the Cydia Store.

We’ve talked before about iTransmission, which first appeared in mid–2011 and since went through a number of iterations. The recent iTransmission 4 is of course the best release yet, and its revamped UI and support for Apple’s newer products will definitely be appreciated by users of the service. As a reminder, the jailbreak package adds a new app to users’ Home screens, and here torrent files, magnet links, and URLs can be used to initiate downloads within iTransmission.

Used in conjunction with a package like iFile, for example, iTransmission can offer iDevice users an impressive BitTorrent download system.

iTransmission has been remade for iOS 4–7.x with 64 bit support and a brand new UI for iOS 7 along with some much needed features. Magnet links have been fixed properly in this version. iTransmission is a native iOS Bit Torrent Client designed to be used with ease.

Besides allowing users to download torrent files, iTransmission also makes it possible for iDevice owners to limit connections, download speeds, and upload speeds, as well as to toggle whether the application can be used over a cellular data network.

Best of all, iTransmission 4 is available to download free of charge in the Cydia Store. As mentioned, it’s optimized for both iOS 7 and ARM64-iDevices. 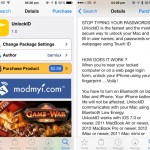 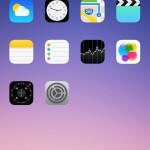 Cydia Tweak: Springtomize 3 Gets A Big Update Bringing New Features, Lots Of Fixes
Nothing found :(
Try something else