Mage Gauntlet was a big hit when it first launched in the App Store several years ago, and Wayward Souls – the long anticipated sequel to this application – has been listed as “incoming” for a while (and has even had its in-development name changed a handful of times). The good news today, however, is that Wayward Souls is being submitted to the App Store this month, meaning we can expect to see the anticipated game launch in the near future.

The news comes directly from developer Rocketcat Games, and in a comment that reached us from TouchArcade the folks behind Mage Gauntlet and Wayward Souls explain that the upcoming app is:

Basically like how we wanted Mage Gauntlet to be, now designed for extreme replay value. Pick one of six characters and try to survive a randomly generated dungeon that changes every time you play. Each character has a different story, set of abilities, and unique combat style that you’ll have to master. Think on your feet and fight increasingly difficult and numerous enemies as you piece together the mystery of your surroundings.

Back when Wayward Souls was called Wayward Saga, in-game footage taken from the forthcoming app surfaced online (embedded below). In an article we published in January, we explained that Rocketcat was polishing up aspects of the application ahead of its anticipated launch; the developer noted at the time that it was aiming for an early 2014 release for Wayward Saga, and now it seems Rocketcat is set to hit this target.

You can pick up the prequel app, Mage Gauntlet, in the App Store for $2.99. Besides working on developing Wayward Souls, Rocketcat has also published a handful of updates for Mage Gauntlet over the past couple of years, and brought another game – Punch Quest – to the App Store in October 2012, too.

In our review of the game, we said:

We’ll let you know once Wayward Souls is available to download.

In the meantime, see: Season Two Of Netflix’s ‘House of Cards’ Drops Feb. 14, You Must Build A Boat: A Sequel, Of Sorts, To The Mega-Popular 10000000, and Insider Nadella Replaces Ballmer As Microsoft CEO, While Gates Exits As Chairman. 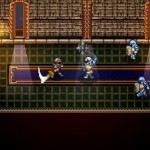 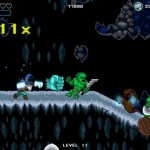 Punch Quest Updated With New Enemy Type, New Abilities And Other Improvements
Nothing found :(
Try something else