You are using an outdated browser. Please upgrade your browser to improve your experience.
by Brent Dirks
February 6, 2014
Winter Olympic athletes attending the opening ceremony of the 2014 Games Friday, Feb. 7 are free to use their iPhones without any restrictions. A representative of the International Olympic Committee officially confirmed the news to MacRumors. That comes after a report yesterday stating Olympic sponsor Samsung was asking athletes to cover the logo of any device not from the company during the ceremony. According to the IOC:

“No it is not true. Athletes can use any device they wish during the Opening Ceremony. The normal rules apply just as per previous Games.The Samsung Note 3 that were distributed are a gift to the athletes, so they can capture and share their experiences at the Games, and the phones also contain important competition and logistical information for competing athletes.”

That’s great news for the athletes. As MacRumors notes, Samsung may simply have “requested” that the athletes cover other handset logos. Since the dictate isn’t officially from the IOC, athletes won’t be punished if they don’t comply. And if you’re excited about the games, our own Bryan M. Wolfe earlier today posted a roundup of five great apps to follow all the action from Sochi, Russia. For other news today, see: Tablets To Represent 75 Percent Of The Mobile Computing Market By 2017, Apple Is Buying New '.Camera' And '.Photography' Domains, and Walmart Drops The Price On The iPad 2, Adds Incentives For Phone Upgrades. 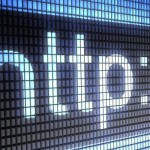 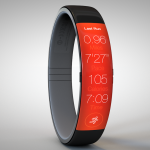 Apple Is Now Hiring An Exercise And Fitness Physiologist For The 'iWatch'
Nothing found :(
Try something else