You are using an outdated browser. Please upgrade your browser to improve your experience.
by Bryan M. Wolfe
March 17, 2014
It looks like Apple may announce a new iPhone as early as this week. No, Apple isn’t about to pull the trigger on the so-called “iPhone 6.” Rather, the company may soon introduce an 8GB iPhone 5c, according to German blog stadt-bremerhaven.de. According to a purported email from German wireless carrier o2, the lower-capacity 8GB iPhone 5c will list for €509 ($707), which is €60 under the current €569 ($791) cost of the 16GB model. The report doesn't mention what affect the new handset would have on Apple’s current offerings, such as the iPhone 4 and iPhone 4 (in select countries). 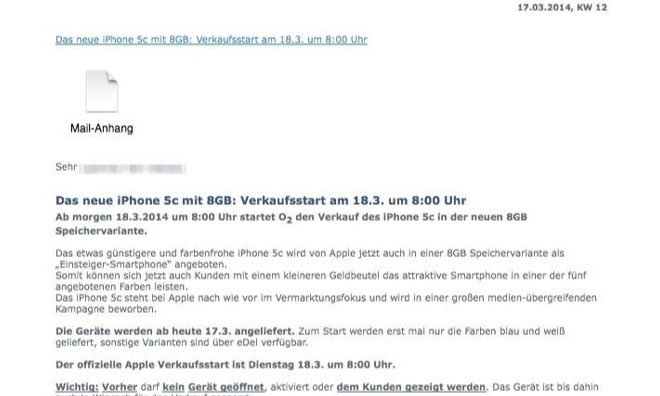 Earlier today, Joe White noted the often-maligned iPhone 5c still hasn’t caught on in China. Since launching in January, the mid-priced handset accounts for less than 2 percent of active iOS devices in the world’s largest consumer market. The handset has also found little success in other parts of the world. In January, one report noted that iPhone 5c sales were 30 percent lower than expected. A separate report said the iPhone 5c accounted for just 27 percent of total iPhone sales in the United States. It will be interesting to see whether this story turns out to be true. And if it does, what it will mean for other iPhones currently on sale. See also: Apple Changes Its iPhone Return Policy To Reflect Those Of Carrier Partners, Apple May Pull The iPhone 5c, But Not Its Design, and The iPhone 5s Remains A Popular Choice For Would Be Smartphone Buyers. Via: AppleInsider 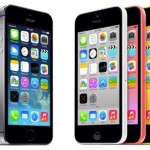