Apple’s iPhone 5c has failed to sell well in China, presently accounting for less than two percent of active iOS devices in the country, according to a recent report.

The news comes from Umeng, China’s largest app analytics platform (and reached us from the South China Morning Post), which used its network to estimate the share of China’s iOS device market currently held by the iPhone 5c. Though the iPhone 5s accounts for around 12 percent of active iOS devices being used in the nation, the iPhone 5c indeed holds a minute share of less than two percent.

Apple’s iPhone 5, on the other hand, is the most popular of the three handsets, and accounts for some 15 percent of the iOS device market in China.

The iPhone 5c launched alongside the iPhone 5s in China last year, and analysts had originally argued that a lower priced handset could encourage iOS adoption in the world’s largest smartphone market.

However, a Localytics survey soon showed that the Chinese “dislike the iPhone 5c more than everyone else in the world,” and demonstrated that the iPhone 5s accounted for a huge 91 percent of iPhone sales during the new handsets’ first few days of availability. It’s thought that price proved to be a big factor: in China, the iPhone 5c turned out to cost more than the average monthly wage.

Despite this, Apple is pushing on with its iPhone 5c ad campaign, recently bringing colorful advertisements to Tumblr, Yahoo, and The New York Times in an attempt to encourage sales both in the United States and overseas.

Though if the above data is anything to go by, it looks like the iPhone 5c is indeed “a mistake that won’t be repeated,” as my colleague Bryan Wolfe gravely proclaimed earlier this year. 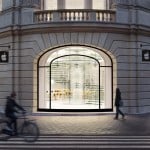 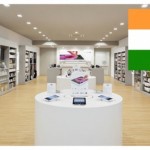 Apple Is Still Planning On Selling iOS Devices Through Small, Local Stores In India
Nothing found :(
Try something else