People with knowledge of the company's plans have confirmed that all of Apple's anticipated revamped mobile device management (MDM) options are present and accounted for in the most recent iOS 7.1 beta. As such, once iOS 7.1 launches for the general public later this month, I.T. administrators working in enterprise and education will be able to more easily mass-deploy Apple's iOS.

We've already higlighted what Apple's enhanced MDM features are expected to bring: included is “zero touch” setup, remote reconfiguration, and an easier way for under-13-year-olds to sign-up for an Apple ID (with a parent's permission, of course). The source cited by AppleInsider added that “educational institutions are especially excited for the new MDM program to roll out.”

Most are expecting iOS 7.1 to launch in the coming weeks, on or around March 15; John Gruber recently noted that he's heard the software update will launch in time for SXSW, which runs between March 11-15.

Besides revamping iOS deployment, iOS 7.1 also makes a number of further changes to the mobile OS. Some of the best are bug fixes, from what we're hearing, but new Siri voices, UI alterations, and – of course – support for CarPlay are also incoming.

In the meantime, see: Belgian Judge Considered Blocking Apple's Website Due To Misleading Warranties, Corning SVP Calls Sapphire Glass Expensive, Heavier, Environmentally Unfriendly, and The Spotlight Is On Spotliter, Now With Support For Photos As Well As Videos. 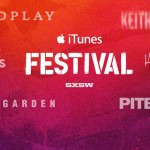 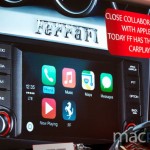 Ferrari To Bring Apple CarPlay Support To The FF Grand Tourer
Nothing found :(
Try something else