Over in Canada, Apple is said to be planning on shutting down its higher education Authorized Campus Stores from June this year, according to a recent report. “Declining sales” means the Cupertino, Calif. company has reportedly chosen not to renew contracts for its Canadian higher education retail outlets.

The news reached us in a report from AppleInsider, which cites information gleaned from “people familiar with the plans.” If the claims are true, Apple is expected to close “all community college and university Authorized Campus Stores in Canada sometime in June” due to a change in how students are purchasing new Macs and iOS devices.

It seems rather than using the on-campus stores, students in Canada are instead using Apple Retail Stores, the Apple Online Store, and even major retail chains to purchase new products, making the Apple Authorized Campus Stores “financially unviable” in the country.

The sources, however, note current Authorized Campus Stores have until May 31 to sell existing Mac and iPad stock, suggesting an early June end date. After supply is exhausted, campus shops will only be allowed to sell accessories and peripherals.

The publication adds that certain on-campus stores in Canada are now selling Apple stock at-cost, while other products have had their price tags heavily reduced.

AppleInsider notes that the change isn't expected to make it across the border to the United States, but even there Apple's campus stores aren't performing so well. This doesn't mean Cupertino's products aren't continuing to thrive in education – instead, both the Mac and iPad are seeing higher sales in this market, year over year – but it does indicate that the need for Apple's physical on-campus presence is dying out.

Once Canada's Authorized Campus Stores have closed down later this year, students and educators in the country will still be able to access education discounts through the online Apple Store for Education.

However, if you're a student living in Canada, it might be time to splash out on that big Apple purchase you've been holding out for. As mentioned, discounts should now be in the process of appearing in on-campus stores across Canada.

See also: Burger King Is Adding Mobile Payments To All US Stores In 'A Few Months', Valued At Over $100 Billion, Apple Is Reportedly The Most Valuable Brand In The US, and Today's Best App: Vocabulary.com. 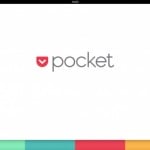 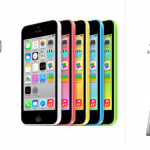 Op-Ed: Was Releasing An 8GB iPhone 5c A Good Move For Apple?
Nothing found :(
Try something else