You are using an outdated browser. Please upgrade your browser to improve your experience.
by Brent Dirks
March 24, 2014
Apple has recently updated its support page for developers with new usage numbers regarding iOS. Coming in as no surprise, 85 percent of devices were running a version of iOS 7. Only 12 percent were on iOS 6 while a slim 3 percent of devices were running an earlier edition. The data was measured during a recent seven-day period in the App Store. Back in late January, Apple reported that 80 percent of devices were on iOS 7. The first report, which was released in December, showed 74 percent of devices running the most recent version of iOS. I’m interested to see how iOS 7 adoption continues to look from here on out. Even with the big introduction of a much more stable iOS version 7.1, I can’t see many more users making the switch. I suspect any further gains will be from new devices sold. With WWDC on tap in June, iOS 8 will surely be introduced, and the entire cycle will begin once again. For other news today, see: Apple Is Adding NPR To iTunes Radio, Tax Changes Could Actually See App Prices Decrease In Britain, Not Increase, and Here's Why Apple Bringing iTunes To Android Makes A Lot Of Sense. 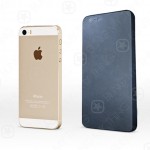 Is This An Apple 'iPhone 6' Case In The Wild? 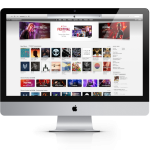 Here's Why Apple Bringing iTunes To Android Makes A Lot Of Sense
Nothing found :(
Try something else