Apple has pushed the button on a couple of beta releases for Mac developers, sending out iTunes 11.1.6 and OS X Mavericks 10.9.3 builds to individuals registered with its program.

Though OS X Mavericks 10.9.3 had already reached developers in a previous build, Apple only made iTunes 11.1.6 beta available for its employees. This has changed, however, and the updated iTunes app promises to improve compatibility with OS X 10.9.3 and also “restores the ability to sync contacts and calendar information to your iPhone, iPad, or iPod touch from your Mac.”

This kind of fuctionality had disappeared from iTunes, though it was possible to sync data from the Contacts and Calendar apps using iCloud.

The big change made in OS X 10.9.3, however, concerns the way Apple’s MacBook Pro with Retina display models interact with external 4K monitors.

As we explained previously, the updated software now doubles up pixels running on a MacBook Pro-connected 4K monitor, resulting in a “true” Retina-quality display similar to the experience provided on the MacBook Pro with Retina display and on Apple’s newer iOS devices.

In OS X 10.9.2, connecting a 4K display up to a MacBook Pro with Retina display sees OS X “reproduce content on a larger scale, spacing elements out rather than doubling up pixels.” This has indeed changed as of OS X 10.9.3, however.

The aforementioned beta releases mean we’re edging closer to the public launch of iTunes 11.1.6 and OS X 10.9.3. We’ll keep you updated with further information on the software as we receive it. 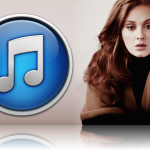 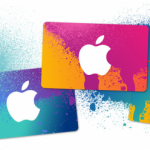