You are using an outdated browser. Please upgrade your browser to improve your experience.
by Joe White
March 1, 2014

Read receipts are a funny old thing. There are times when it's handy to have a read receipt sent back to a fellow iMessage user, but at other times life would be a whole lot easier if read receipts didn't cycle back to senders. One new jailbreak tweak aims to solve this problem, allowing users to quickly enable and disable iMessage read receipts on their iOS device.

The package, ReadReceiptFS, can be downloaded in the Cydia Store free of charge, and it's optimized for iOS 7 and ARM64-devices. ReadReceiptFS works with the Flipswitch framework to add a flip-switch for read receipts to Apple's mobile OS.

You can use the package alongside others that support Flipswitch, such as CCControls (which we've discussed previously), and doing so should add the ReadReceiptFS toggle to the iOS Control Center. This is a useful place for the flip-switch to go, providing speedy access to the toggle button and allowing users to enable or disable ReadReceiptFS from anywhere in the iOS.

However, because ReadReceiptFS indeed uses the Flipswitch framework – a centralized toggle system for Apple's mobile OS – there's already a huge number of packages which offer compatibility with the new jailbreak tweak.

You can pick up ReadReceiptFS free of charge on the Cydia Store, and CCControls – a Control Center customization package that's also worth downloading – is available for free, too.

For some of our favorite recent additions to the Cydia Store, check our articles on Athena 2, TouchBar, SpotiSearch, and AutoPause.

See also: Apple Is Looking To Bring More Beyoncé-Like Album Releases To iTunes, AppAdvice's Top 10 Free Jailbreak Tweaks For February 2014, and Apple To Launch iOS In The Car Next Week With Ferrari, Mercedes-Benz And Volvo. 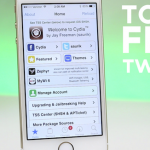 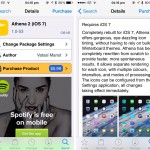