You are using an outdated browser. Please upgrade your browser to improve your experience.
by Brent Dirks
March 13, 2014
Peter Griffin and the “Family Guy” universe will soon be invading the App Store. Originally announced late last year, developer TinyCo just released its first look at some of the in-game art from the Family Guy game. Obviously set in Quahog, gamers will be able to explore the town along with recruiting, and even confronting, some of their favorite characters from the show. Along with being influenced by the show’s more than 200 episodes and current events, the game will even feature a story conceived by the show writers. TinyCo has worked with 20th Century Fox Television to ensure that all parts of the game offer a true "Family Guy" experience. The game will be officially released sometime this spring. As a fan of the show, I’m excited to play the game when it is released. Hopefully, it will show off the irreverent humor that has garnered a legion of devoted fans. For other recent app news and reviews, see: Glorkian Warrior Is A Fantastic Mashup Of Galaga, Platformer, And Saturday Morning Cartoons, Walking Dead: The Game - Season 2 Gets A New Trailer For Its Next Episode, and Balllin Takes A Shot At Being The Best Dribbble Client For iOS With New 2.0 Update. [gallery link="file"] 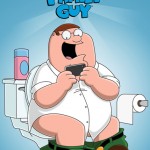 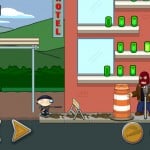 What The Deuce? Family Guy: Time Warped Arrives For iPad
Nothing found :(
Try something else