Sprint's mobile virtual network operator (MVNO) Ting, which only charges users for the minutes, texts, and data they use each month, has added support for Apple's iPhone 5. The change means iPhone owners now have another option when it comes to picking a more flexible carrier for their handset.

If you’ve got a compatible iPhone 5 in hand you can activate it now. If you don’t have one in hand but you’re in the market, you’ve got options. Hit the Ting used devices page to let the Ting personal shopper team scour the used device listings on sites like eBay for you and then send along a few worthy candidates for your hard-earned money. Or, buy an iPhone via our partner Glyde.

The obvious downside is that Ting isn't selling the iPhone 5 directly, but if you're able to bring a handset to the network the benefits are aplenty. Because users are only billed for the minutes, texts, and data they consume, mobile device owners making the switch could save a lot of money.

Ting estimates that 98 percent of U.S. mobile subscribers would indeed benefit from switching to the service; its users pay an average monthly bill of $21 and save around $440 per year. Support for the iPhone 5 means mobile subscribers in the United States now have another reason to ditch their carrier and sign-up with the MVNO.

The iPhone 5s or iPhone 5c aren't yet supported by Ting, and it's likely Sprint will hold onto exclusivity until Apple's next-generation smartphone comes along. We'll keep you posted on this front.

For more information on the service, head over to Ting's website. 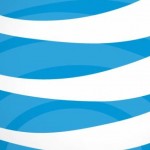 Technically, Verizon Wireless Is Now Just Verizon
Nothing found :(
Try something else