You are using an outdated browser. Please upgrade your browser to improve your experience.
by Brent Dirks
March 3, 2014
Microsoft is almost ready to announce its own personal assistant for Windows Phone - Cortana. The Verge has the breakdown on how the feature will look and function. Taking its name from the popular Halo series of Xbox games, Cortana will come complete with a Siri-like personality. And the similarity to Apple's functionality doesn't stop there, according to the report:

Just like Siri, Cortana will also allow Windows Phone users to set how they want to be addressed by the voice-activated assistant. Cortana can call users by their name or nicknames like "Master Chief" after the function is enabled in the settings. A key part of Cortana is its ability to save information and data in a Notebook system. Notebook will allow the Cortana digital assistant to access information such as location data, behaviors, personal information, reminders, and contact information. Cortana can also track flights or other mentions in emails, allowing it to generate notifications similar to Google Now.

Windows Phone 8.1, and Cortana, are both expected to be unveiled at the upcoming Build Conference in April. While Cortana actually looks pretty cool, it doesn’t seem to offer anything different than Siri or Google Now. Even after having my fair share of issues with Siri herself, it has finally grown up with iOS 7, and I use the functionality daily. For other news today, see: Volvo, Mercedes-Benz Show Apple's CarPlay In Action, Microsoft Wants To Bring The Xbox Live Experience To Android And iOS, and Apple Is Increasing Its Staff In China As Work On Bigger iPhones Continues. 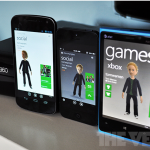 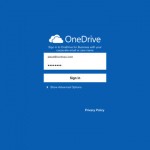 Microsoft Launches OneDrive For Business, Formerly SkyDrive Pro, With New Design
Nothing found :(
Try something else