You are using an outdated browser. Please upgrade your browser to improve your experience.
by Brent Dirks
March 6, 2014
In the future, an iPhone could automatically call for help during an emergency. A newly published Apple patent details the “attack detection mode.” When in the mode, certain events can cause the iPhone to alert authorities. Here are two examples from the patent:

The patent was published Thursday by the U.S. Patent and Trademark Office. Originally filed in 2012, the inventor is listed as Robert D. Butler. With iPhone theft still a huge problem, a built-in trouble detection mode certainly sounds like a great idea. Hopefully it will make its way to a future version of iOS and the iPhone. Interestingly, the patent is somewhat similar to the recently announced and pictured Lifesaver Case. Currently seeking funding on Kickstarter, the case can instantly and discreetly send help if someone’s life is in danger. You can still snag a case version for the iPhone 4/4S, iPhone 5/5s, or iPhone 5c for an early bird pledge of $59. You’ll have to wait until August to actually receive the case, though. For other news today, see: Apple Awards Top Executives Huge Bonuses, Tim Cook Said To Be Attending The Opening Of Turkey's First Apple Retail Store, and Ahead Of Apple's iWatch, The Wello iPhone Case Brings Key Health Features To iOS. 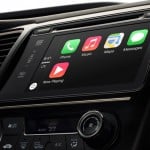 An Apple CarPlay Partner Offers Interesting Look Into The SDK 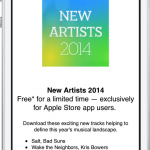 Apple Is Giving Away Some Free Music
Nothing found :(
Try something else