Turkey has long been expected to get its first Apple Retail Store in early 2014. Now, a recent report claims that the Istanbul store's Grand Opening is scheduled for April 4, and should feature a visit from none other than Apple CEO Tim Cook and President of Turkey Abdullah Gül.

The news originates from the Turkish website ElmaDergisi (via 9to5mac), and it comes following Tim Cook's recent visit to Turkey back in early February. As a reminder, Cook called in at the Çankaya Presidential Compound in the capital city of Ankara to discuss Turkey's $4.5 billion “iPads in schools” initiative.

Turkey got its own Apple Online Store last November, and its upcoming Istanbul-based retail store will sit alongside Burberry and Louis Vuitton outlets in the Zorlu Center, a luxurious, high-end shopping mall.

The new store will increase Apple's retail presence to 13 countries, and its arrival will come following the launch of Apple Retail Stores in Brazil, Brisbane, and Stonestown, San Francisco. In San Francisco, Apple is also planning on building its “most iconic” retail store yet in the city's Union Square.

It seems Apple's ongoing retail expansion is being helped in no small way by Cook, whose globetrotting activities have been well documented here at AppAdvice. The question we're pondering, though, is how long will it be until incoming SVP Angela Ahrendts takes control of Apple's retail helm?

See also: WeTransfer Lets You Simply Transfer Photos And Videos Of Up To 10GB On The Go, Chillingo Challenges You To Quickly Match Pairs Of Alien Creatures In Tanglers Blitz, and Ravenous Games' Medieval Action Platformer Devious Dungeon Is Out Now On iOS. 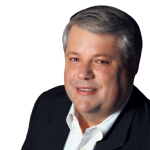 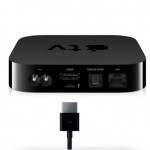 Tim Cook Says The Apple TV Racked Up More Than $1 Billion In Sales During 2013
Nothing found :(
Try something else