You are using an outdated browser. Please upgrade your browser to improve your experience.
by Brent Dirks
March 27, 2014
We’re getting some more looks at the construction progress of Apple’s futuristic Campus 2 complex. The same “Apple Internal” account that posted a YouTube video that was later removed, also posted some high-quality images of the construction site on Google+. Here's a link to the complete album. Because of its round design, the campus has earned the nickname iSpaceship. The first phase is expected to open sometime in 2016. Along with a 120,000 square-foot auditorium that will host future media events, Campus 2 will source 70 percent of its energy needs from fuel cells and solar energy. The building itself will be the home for more than 12,000 Apple employees and take up almost 3 million square feet. Final approval of the development was granted to Apple in November 2013. Images of the site surfaced in December and last month. If you’re interested in taking a look at the video, it can still be found at a number of sources, including this Vimeo link. For other news today, see: Amazon Expected To Unveil Apple TV Competitor Next Week, Connected Data Announces A Developer Program For Its Transporter Platform, and Google Chrome Now Lets Users Drag And Drop iTunes Tracks Into Google Play Music. [gallery link="file"] 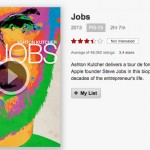 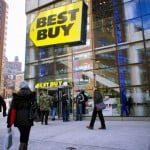 How Much Has Best Buy Discounted iTunes Gift Card Purchases?
Nothing found :(
Try something else