Following several months of negotiations, Apple has been given the go-ahead to build its anticipated Union Square Apple Retail Store in San Francisco.

The news comes from Re/code, which explains that the San Francisco Planning Commission and San Francisco's Board of Supervisors signed-off on the project yesterday, providing the Cupertino, Calif.-based Apple with final approval to build the new retail venue.

We are thrilled that the city of San Francisco has given its final approval to begin work on our new store and public plaza, which will make a wonderful addition to Union Square and create hundreds of local jobs.

Our Stockton Street store has been incredibly popular, welcoming over 13 million customers since it opened nine years ago, and we look forward to making a new home on Union Square.

As a reminder, the Union Square store is expected to be “a flagship” retail location “more iconic than the glass cube in New York City,” according to Apple. We first told you about the upcoming store last month, and explained that its construction will require moving Union Square's historic fountain a few feet away from its current position.

Re/code adds that the new store will be “24,819 square feet — about 45 percent larger than Apple’s current store at Stockton and Ellis,” and notes that it'll employ a total of 400 employees.

Though a construction date hasn't been announced, the publication notes that many are expecting work to begin this summer. We'll keep you updated with further information as we receive it.

In the meantime, see: In iOS 7.1, Apple Is Warning Users About Its 15-Minute IAP Window, Apple Is Still Planning On Selling iOS Devices Through Small, Local Stores In India, and Up To Speed: Official Speedtest.net App For iOS Finally Goes Universal For iPad. 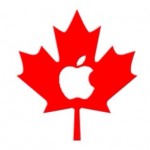 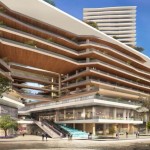 Tim Cook Said To Be Attending The Opening Of Turkey's First Apple Retail Store
Nothing found :(
Try something else