You are using an outdated browser. Please upgrade your browser to improve your experience.
by Bryan M. Wolfe
April 21, 2014
Ahead of Earth Day, Apple has released a new video describing the company’s environmental efforts. “Better” is narrated by Apple CEO Tim Cook and explains how Cupertino is striving to reduce its impact on climate change, find ways to use greener materials, and conserve resources for future generations. Take a look: http://youtu.be/EdeVaT-zZt4 Last week, Apple announced it was planning to celebrate Earth Day for the first time in eight years. Cupertino is part of this year’s “Green Cities” initiative, which focuses on more environmentally efficient buildings, transportation, and cities. On Earth Day, which is tomorrow, April 22, Apple will cover its Apple Store logos with green. Additionally, employees at some stores will be given new Earth Day shirts to wear. At the company’s main campus, a “large-scale internal event” is being held in the afternoon. The last time Apple publicly recognized Earth Day was in 2006 when it announced a computer take-back program the day before the annual event, which was first held in 1970. Apple’s involvement with this year’s Earth Day makes a lot of sense, given the focus of “Green Cities.” The company has long been committed to making its new Campus 2 environmentally-friendly. In 2013, Apple hired former EPA administrator Lisa Jackson to serve as its top environmental adviser. 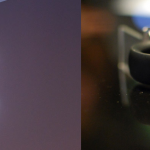 Are Apple And Nike About To Announce An ‘iWatch’ Partnership?

WSJ: Square Is Running Out Of Cash And Looking To Sell
Nothing found :(
Try something else