You are using an outdated browser. Please upgrade your browser to improve your experience.
by Brent Dirks
April 9, 2014
Jony Ive’s influence continues to grow at Apple. According to 9to5Mac, the hardware and software design teams at the company are being overhauled. Most importantly, longtime software design leader Greg Christie will leave Apple. Along with Ive’s current industrial design team, all software designers will now report to the Apple senior VP. The report says that Christie is leaving because of a falling out with Ive:

When Ive tasked Apple’s Human Interface team with redesigning iOS 7 to include an entirely new look, Christie and Ive reportedly clashed over design direction, after which Ive is said to have circumvented Christie’s leadership of the team during the new operating system’s development. Christie’s impending departure comes in the months ahead of significant updates to both iOS and OS X. While iOS 8 will retain the same overall design as iOS 7, OS X 10.10 will be revamped with a flatter look that loses the textures that Christie utilized to make the iPhone the most popular gadget on the planet.

Christie’s work with Apple and iOS devices can’t be understated. An original iPhone designer, some of his more famous patents include the “Slide to Unlock” gesture. And just late last month, Christie sat down with The Wall Street Journal and discussed the early days of iPhone development. Former Apple CEO Steve Jobs met with Christie monthly to discuss the iPhone development, project “Purple.” For other news today, see: Facebook Will Soon Be Forcing Chatty Users To Download Its Messenger App, Report: Apple Is Considering A Drastic Overhaul Of The iTunes Music Store, and Mailbox For Mac Is Coming Soon. 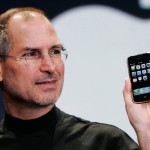 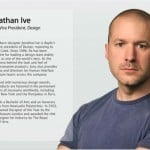 Updated: Jony Ive Has Disappeared From Apple's Online List Of SVPs
Nothing found :(
Try something else