During its recent financial results conference call, Apple CEO Tim Cook announced that his company has sold more than 20 million Apple TV devices to date. The news comes as Cupertino is dropping the “hobby” label from its set-top box, and it arrives ahead of a long anticipated Apple TV refresh.

MacRumors provided a transcript of the conference call, and during the call’s question-and-answer session Cook was asked about the Apple TV, the Fire TV, and Amazon’s recently announced content deal with HBO. As a reminder, the Amazon-HBO deal means Prime Instant Video will be the only online TV and movie subscription service to offer HBO programming.

The question went: “Apple TV is no longer a hobby, why did you make that distinction. Interesting to hear your feedback on HBO/Amazon announcement today and what you think that means in terms of content partners being able to work with players like yourself.”

Cook’s response explained Apple’s position in relation to the Apple TV, and it provided rare information on sales of the set-top box:

Reason that I stripped off hobby label, when you look at sales of the Apple TV box itself, and the content that was bought directly off Apple TV, for 2013, that number was over $1 billion. It didn’t feel right to me to refer to something that’s over $1 billion as a hobby. From an investment point of view, we continue to make the product better and better so it doesn’t feel right from that POV either. We have HBO Go already on Apple TV and you have to authenticate in order to use it, but you have to do that with Amazon’s service as well from my brief read of their announcement. From that, they got some older content from HBO to put on there and I haven’t had a chance to evaluate exactly what it is and don’t have a personal POV of that. Look broadly, compares extremely favorable to the content that is on the Amazon box. Sold about 20 million Apple TVs and we have a pretty large installed base there. I’m feeling quite good about that business and where it can go.

Of course, the future of the Apple TV is expected to initially center around a refreshed set-top box offering, which the Cupertino, Calif. company should announce later this year. Though whether an all-out HDTV or 4K TV set is ultimately on the cards remains to be seen.

Regardless, Apple has nevertheless been expanding its Apple TV content of late: three new channels were added a couple of days ago, and before this college sports content reached the set-top box, along with Yahoo Screen and PBS channels. Amazon is now directly challenging Apple with its own Fire TV, however, and for an idea of whether the product is worth its $99 price tag, be sure to check our hands-on review.

We’ll keep you updated with further information concerning the Apple TV as we receive it.

In the meantime, see: Tim Cook Confirms: Angela Ahrendts To Join Apple As SVP Of Retail Next Week, AppAdvice Daily: iPhone 6S, Cool Stuff In iOS 7.1.1 And A Must Have Download, and Apple Beats Analyst Estimates With Revenue Of $45.6 Billion For The Second Quarter Of FY2014. 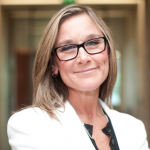 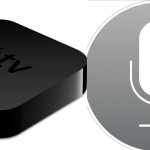 Is Siri Coming To Apple TV?
Nothing found :(
Try something else