The Atlantic Coast Conference (ACC) and Campus Insiders, a college sports website, have teamed-up to launch a new sports channel on the Apple TV.

Called “ACC Sports,” the channel brings sports content related to the conference’s 15 member schools to Apple’s set-top box, though as of this writing it seems that live video isn’t supported.

MacRumors first spotted the new channel, and notes that “a separate Campus Insiders tab within the app includes a smaller amount of content from other college athletic conferences around the country.”

The publication adds that Campus Insiders does have a live video streaming agreement with several college conferences, and hypothesises that the new channel could constitute “a prelude to a broader effort by Campus Insiders that would be able to bring streaming of these events directly to Apple’s set-top box.”

Apple TV has indeed come on leaps and bounds over the course of the past year, with a slew of Internet channels being added to the $99 product.

More recently, Apple published its Apple TV OS 6.1 software update, and this made it easier for owners of the set-top box to hide unwanted channels while also allowing users to search for AirPlay connections over Bluetooth.

Though we’d previously been expecting Cupertino to launch a more fully featured television product either this year or in 2015, recent reports are indicating that the so-called “iTV” is no longer in the pipeline. Instead, a “less ambitious” television-related product – that is, a next-generation Apple TV – is expected to launch from the company in the coming months. 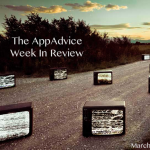 The AppAdvice Week In Review: The Apple TV Gaming Device, iOS 8 And More 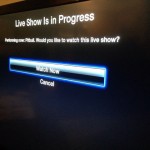 Notifications Appearing On Apple TVs Ahead Of Anticipated Refresh
Nothing found :(
Try something else