It’s been some time since Tim Cook announced that Angela Ahrendts, chief executive officer of Burberry, would join Apple as its new senior vice president of Retail. Now, however, Cook has confirmed in his company’s recent financial results conference call that Ahrendts is set to join Apple next week.

As AppleInsider explains, Cook first provided an overview of Apple’s recent retail efforts – including its recently launched Apple Retail Stores in Brazil and Turkey – before adding that he’s looking forward to welcoming Angela Ahrendts, the incoming SVP of Retail, “who will be joining Apple’s executive team next week.” The news means that after one and a half years, Cupertino’s retail team will finally have a dedicated leader once again.

As a reminder, Tim Cook promptly fired John Browett, Apple’s previous head of retail, after he’d been in the job for a mere six months. After a lengthy search, Ahrendts was hired by Apple in October 2013 and at the time Cook said:

Ahrendts’ title at Apple will be “Senior Vice President of Retail and Online Stores.” Before her time as CEO at Burberry, Ahrendts was executive vice president at Liz Claiborne Inc. and previously served as president of Donna Karan International.

In a press release published by Apple back in October, Ahrendts said:

I am profoundly honored to join Apple in this newly created position next year, and very much look forward to working with the global teams to further enrich the consumer experience on and offline. I have always admired the innovation and impact Apple products and services have on people’s lives and hope in some small way I can help contribute to the company’s continued success and leadership in changing the world.

We’ll keep you updated with further information concerning Ahrendts’ move to Apple as we receive it.

In the conference call, Cook also took the opportunity to thank Peter Oppenheimer, Apple’s outgoing chief financial officer. After noting that he’d like a minute to talk about his “dear friend and colleague,” Cook said of Oppenheimer that “his expertise, leadership, and incredibly hard work have been instrumental to the company’s success.”

I want to thank him very publicly for his contributions to Apple, from the very bottom of my heart I wish him all the best at his approaching retirement at the end of September.

And I’d also like to recognize him that he has never missed guidance as CFO, which must be an all time record for a CFO.

In the meantime, see: AppAdvice Daily: iPhone 6S, Cool Stuff In iOS 7.1.1 And A Must Have Download, Apple Beats Analyst Estimates With Revenue Of $45.6 Billion For The Second Quarter Of FY2014, and Play As Agent 47 And Hone Your Assassination Skills In The Strategic Hitman GO. 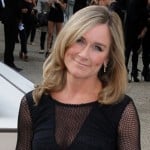 Angela Ahrendts' Start Date At Apple May Be Delayed Over Bonus 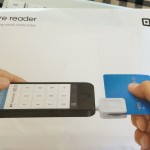 Square CEO Would To Sell The Mobile Payments Company To Apple Not Google
Nothing found :(
Try something else